Character Generation: How Much is Too Much?

Here's a look at my game development woes. Complications like these are part of what makes adapting something simple like Swords and Wizardry or the Black Hack to a unique setting so appealing!

While the playtesting for my 3D System is going well, I have run into what might be a snag with the character generation section. The graduated success mechanic using 3D6 that relies on the interaction of six attributes and 12 skills has turned out to be intuitive and robust in play, but the system I created to generate those attributes and skills has me worried. 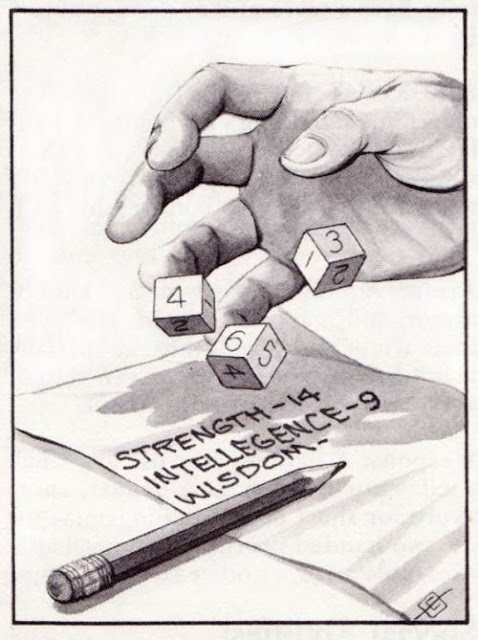 For a variety of reasons, I integrated the character generation with the setting. It worked well with the small playtest setting for the Archipelago in Island Crashers. Going through the process delivered the assumptions of the setting to new players without spamming them with text they didn't want to read. It took ten minutes to create a character rolling randomly and about twenty minutes to use the generation tables like a flow chart and choose everything.

For the Island Crashers playtest character generation takes up ten pages of a google document and 35 small tables on spreadsheets. The process of moving through them is intuitive and easy. Brand new players are having no trouble with it even though no one has taken the time to read the rules first. Each area of origin has its own background that informs the basics of the character. These areas also have unique tables with some starting careers more likely than others. The tables themselves tell the player a bit about where their character is from.

I'll use a more familiar setting to make the idea clear. Say you were using this system to play in Robert E Howard's "Conan the Barbarian" setting of Hyboria. Characters from Conan's homeland of Cimmeria would have basic survival skills they learned growing up in an uncivilised area. They also would get a boost to their physical attributes because their life makes them harder than the civilised peoples. The possible starting careers for characters from Cimmeria would include things like blacksmiths, barbarians, hunters, bandits, leather-workers and maybe druids. The kingdom Conan eventually conquered, Aquilonia, would have a table of starting careers that includes nobles, merchants, soldiers, courtiers, servants, thieves, priests and wizards. A place of ancient corruption like Stygia would have a table of starting careers filled with sorcerers, priests, sages, slavers, thieves and slaves. The flavour of each of these lands is evident in the choices provided.

That's what I'm doing with my setting for the larger game that is using the working title of: "The Last World." The problem is the Archipelago is a small cluster of islands. Even Hyboria is only an area the size of Europe and the Mediterranean! The Last World is huge in comparison, with all kinds of different areas! These areas aren't heavily defined, with the implied setting leaving room to develop them through game play, but each country and some major cities have their own tables. I'm only about a third of the way through the character generation section for the places of origin and I already have 26 pages of briefs and tables in my document. The descriptions of the playable creatures document is another 9 pages long! I haven't even started on the tables of general career progressions. I'm worried about it being unwieldy, but I want players to be able to start as nearly any creature or culture they could encounter in the Last World and move through a plausible list of careers to create a viable character with a developed past and a list of useful equipment.


The point is to create characters similar in power to what you'd find in levels five through seven in OSR-type games. Like Traveller's character generation, the process creates a competent character with a background story that makes sense. I find the most fun in old school campaigns happens around those levels, but the early levels help define the character's development and flesh out their personality. That's another reason I make a ten minute game out of character generation. It delivers setting information to new players and creates a backstory for the character that will help a player choose how to play in a way that makes sense. It also anchors them to the world with their past.

In playtest it's worked well so far, but I'm worried all the flipping back and forth thought the tables in the larger setting will kill it. A PDF could be cross-linked/bookmarked, but using a book might become unwieldy. I was hoping to get this all into an A5 (digest size) hardcover! 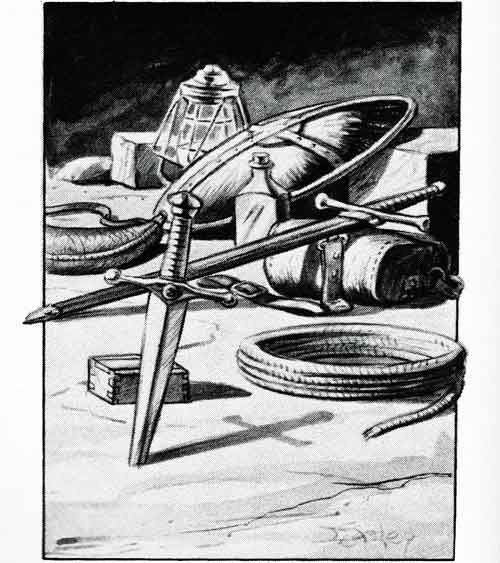 So how much is too much? Does it matter that there are pile of pages to flip through as long as character generation stays around ten to fifteen minutes? Do the benefits outweigh the drawbacks in any event? I feel like the only way to find out is to finish it all and play using the full setting.

If any of this stuff intrigues you and you want to be part of the larger playtest for the #3DSystem , let me know!

Posted by David Rollins at 00:48 No comments: