A (sort of) new Class for your LotFP game, or how to get rid of those pesky elves!

I'm not a fan of elves. Not the tolkienesque ones we get in D&D at least. I like my fantasy elves as scary monsters that kidnap people and take them out of the world, only to get bored and return them after everyone they know has died. I like elves as evil bastards that can't make anything for themselves so they wrap themselves in illusions and steal what they can't craft from our world. This version, while completely awesome, is not really practical for player characters.

Elves as PCs in most games tend to be super-humans with all the timeless grace and beauty of old Hollywood.  They aren't really very different from humans, just prettier versions that are immune to ageing and charm. So what's the point? You can choose your character's age and appearance so the advantages of elfdom are few and not terribly interesting.
One of my favourite versions of "the world's most popular fantasy role-playing game" compounds this problem by placing its adventures in the early modern era of the real world. Lamentations of the Flame Princess has seven classes, one of which is the Elf. To play a human-only game would mean giving up nearly half of the payable classes. That means some reworking of what is there. Some of them are easy, the Dwarf class could be turned into a Barbarian just by replacing the Architecture skill with Climb and allowing them to be taller.
The Elf as a class is a lot more involved. It can fight well, cast magic, it has weird immunities and it's not quite in step with the world as it is. The best way to get all of these things and be human is voluntary demonic possession.
I like the idea of a Diabolist. A person who invites demons to share their bodies in exchange for power is pretty much the opposite of the idea of the elf while explaining all of the elfy class abilities.
The way it would work is the character knows a ritual for summoning creatures from a dimension that borders on ours. Creatures that can't physically manifest but can inhabit willing and unwilling hosts. While they ride the edge inside a host they can interact with the world in some special way that looks a lot like the spells of other classes. It is a dangerous trade-off for power. Also, sharing a body with extra-dimensional beings would have a few side effects.
These side effects would explain most of the class abilities and add some flavour. Some of these side effects are positive. With all the extra voices in their heads, Diabolists notice more than the average person so they get an enhanced Search score. As the Diabolist advances in level the voices multiply and the control of them improves so the Search skill improves as shown for the Elf class. This same hyper-awareness makes them difficult to sneak up on, resulting in a one-in-six chance to be surprised instead of the regular two-in-six chance. Charm and Sleep would also be ineffective against them because it would be impossible to target the host's mind amongst all those others in there. As a possessed creature and the host to extra-dimensional beings bent the destruction of our reality the Diabolist is of Chaotic Alignment, is detectable as such and can be turned by a Cleric.
These demons hate our reality and our world. The reasons are unintelligible to us as their goals are so alien. Exposure to that hate makes the Diabolist aggressive. This aggression makes them fierce combatants and allows them to use all the martial manoeuvres available to Fighters (Press and Defensive Fighting).
Elfs look different, with exaggerated features, strange eye colours and pointy ears. Diabolists tend to look different from the average human as well. If they're lucky, they'll have pointed ears. The presence of demons in a body is going to cause some pressure, especially as they manifest their power. Diabolists are in a constant fight for possession of their own bodies. This internal conflict leads to changes in the Diabolist's appearance. Part of the inspiration for this class was this image I first saw a few years ago. The obvious loss of humanity in exchange for power needs a mechanical expression for LotFP. Tying it into the acquisition of spells and the option to push things a little too far is the cherry on top for the Diabolist Class. 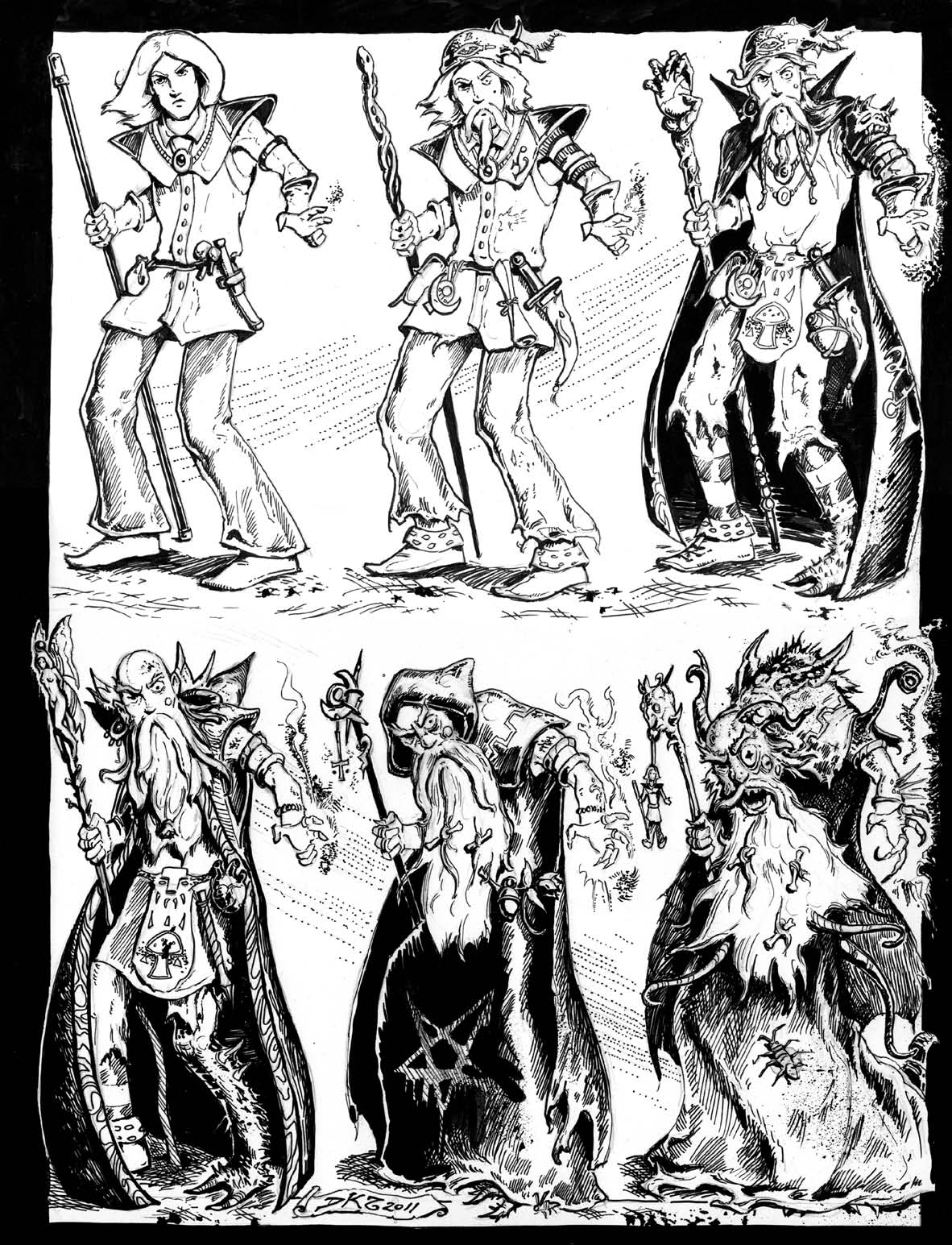