Still Searching... and the Mash-Up!

My first couple of posts came really close together so the time since may have a few of you thinking that I've given up on this whole blogging thing already. Nothing could be farther from the truth.

First of all, I hope to get a post out at least once per week. To me that means any time in a seven day period so it's possible to have as much as 12 or 13 days between posts. Don't panic! And don't worry, this isn't just a "hey I'm still here" post. I'll include some actual content in this post too.

Speaking of content, I've been thinking about what I want to have up here. Obviously I want it to be interesting and that may be enough when it comes to some of my choices. When it comes to the things I write about gaming  though, I'd like it to be interesting and useful. That means this thing is going to be an eclectic bucket of random gaming goodness. Sure my tastes run toward the old school set, but I am a polygamerist at heart so you might see just about anything up here. The one thing you can count on is if it's here, it's something I want to use at my table.

For the next post I'm going to try out an idea that I may use again, depending on how much fun it is and the response. So stay tuned for the Retro-Speculative! I'll be tearing up an old game from the days of yore and reapplying it to a different genre.

But for now, the Mash-Up! 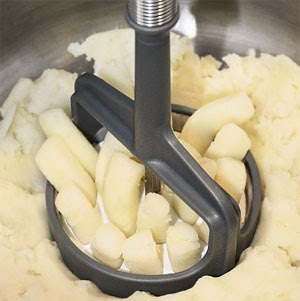 I love a good mash-up! Mixing together two intellectual properties has a lot of advantages when it comes to creating a setting for play. It wipes the slate clean as far as what the players know about the world. If you've only read three Conan short stories and want to use it in a game because it's so cool and one of your players has read every Conan story ever written by all of the authors that took up the character after Howard and has maps of Hyboria on the wall, you might run into some issues with the player knowing more about the world than you do. The easiest way to fix that is to add more cool things! So you like the theme of the value of the barbarian over civilization that runs through the Conan stories, but you also enjoy the fatalism of Vance's Dying Earth? Perfect! Smash them together and make something new and even more fun to play in. Instead of the world being new, it's impossibly ancient and more decadent than even the most noble Hyborians could have dreamed. Still, such a place always has its frontiers and wild places. Untamed lands will still produce men and women like Conan.

I say it's more fun for the players as well because that blank slate gives everyone more room to roam. All the stories belong to the players. There are no principal characters to cast shadows over the campaigns. There are also no characters with script immunity walking around (unless you put them there).

What I love about the mash-up is how good it can go if you put together things that seem like they could never fit. The process of roping together opposites in a way that makes sense and is compelling can give you something better than either of the two things you started with. For instance, mashing up Firefly and Farscape is kind of pointless because they are both science fiction about a small group of criminals on the run from powerful governments who just do their best to make ends meet and keep moving. One has aliens, the other has cowboys. Not much of a gap to bridge with new ideas there.

You need friction between the two settings to get that creative spark going. The farther they are apart, the more original the new setting will feel when you have it.

I've been mulling over one of these "impossible" mash-ups over on G+ for a while now. Some smart people have chimed in and I can see it growing into a setting that might see some play in the next few months. What I'm talking about is my idea to put together Ursula K LeGuin's Earthsea and Edgar Rice Burroughs' Barsoom. It turns out melding a desert world with an archipelago is not as hard as I thought it would be.

Luckily I had the forethought to hashtag the posts with #Barsoomsea so I can share part of what I have so far:

The Archipelago could gain the same fatalism of Barsoom by having the water raise instead of recede. If the trackless sea replaces the desert then it only needs to rise to consume the world the way the drought does on Barsoom to convey the sense of doom that hangs over those stories.
I picture fishing villages where the docks and piers are built onto the roofs of the houses the sea claimed as the villages build on higher and higher ground every generation.
The green men could be replaced by a race of amphibians who live in the sea in between the islands. They fight with the humans because they need the land to lay and hatch their eggs. A process that takes years.
Some intrepid folk might sail out beyond the relative safety of the Archipelago searching for more and higher land. They might even find the ruins of lost empires half swallowed by the sea, with only their greatest forts and towers remaining on the cliffs and mountaintops.
In rare and exciting times a volcanic eruption might bring a new island to the surface. All such islands carry terrors from the depths that must be tamed. Some of these mountains are surfacing for a second time, covered in the ruins of buildings from a forgotten age. These ruins could have anything inside but who is willing to go and look?
The slow loss of the world has left the populace of the Archipelago with a strange mixture of half forgotten science and sorcery saved or recovered from the past while ordinary folk toil as they always have, fishing and farming while clinging to the land that remains.
People fight with the sea, the amphibians, each other, and the results of their own schemes or vanities. There should be plenty of room for adventure in such a place.

With no set mythology, all kinds of things can find their way into this new Archipelago. Islands on the backs of ancient turtles? Flotillas of boats lashed together and surfaced with dirt to make floating farming communities? It's all on the table because there's no expectation or history to disrupt. And even if we just start with the premise above, what we have feels similar to both settings but doesn't copy either of them.

What do you think? Should #Barsoomsea have some kind of airships gracefully travelling from one island peak to another? Do you have a better mash-up?